Where Did April Go? A Photo Update

It was here, but somehow I missed it…

I suppose with all the travel this month I did, in fact, miss two full weeks of April in the garden. I’m seriously behind. I have little seedlings in the family room that I am desperate to take outside. I have blueberry bushes to transplant. Heirloom tomatoes are on their way from California. There is still some tidy-up work to be done.

Nevertheless, those plants seemed to have carried on without me. So here’s my April pictorial update.

The front flower beds are on the north side of the house, so they don’t get much in the way of sun. I’ve been trying to morph them away from traditional landscape plantings toward more of a true garden setting. It’s slow going as I experiment with plants that work…Oh, and find the time. 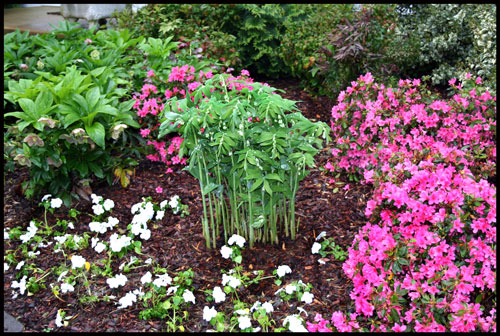 The azaleas have finally started to take off, as has the Solomon’s Seal. The hellebores are extremely gorgeous–So much so that I’m thinking of taking advantage of the hellebores sale from Hersonswood Nursery. They have two hellebores called Kingston Cardinal and Gold Finch that would be fabulous planted in a large group, especially since hellebores seem to like living here at Bumblebee.

The Dead Nettle (awful name/fabulous plant) around my adorable foo dogs is covered in little pink flowers. Tiny little plantlets are coming up around the plant through the mulch. 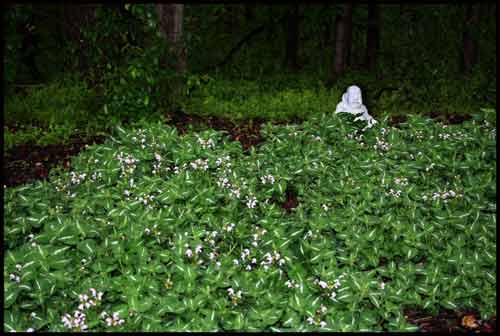 I love the Dead Nettle so much that I planted a mass of it alongside the driveway–another shady spot. The whole area is in dire need of some planning and planting. It’s a very large area, which means a LOT of plants. I’m still scratching my head about how to tackle it. 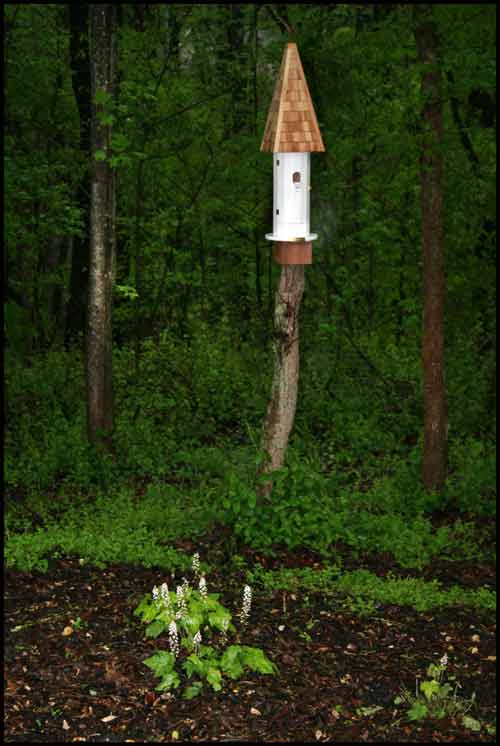 Side Garden Birdhouse and Foam Flower

A few years ago my then-early-teenage son took it upon himself to whack down a small tree by the driveway with a machete. Typical boy. I left if there as I pondered what to do with the side garden. When I saw this birdhouse from Walpole Woodworkers, the little lightbulb over my head went off.

Unfortunately, the foam flowers that I planted there last year aren’t as robust as I had hoped. Perhaps they are like the hellebores and just need some time to settle in. 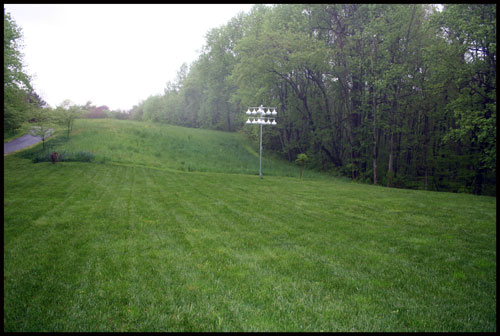 Then there’s the lawn, which you heard about before. This is the view from the front of the house. Although you read a lot about lawns not being practical, when you have this much room, a lawn is a very practical thing indeed. If we ever need to have an impromptu football game, there’s room to pass the ball. And I can cut it in less than an hour when I have a working riding mower. Since there’s not a chance that I’ll ever be able to garden all this space, a pretty green lawn works quite well and gives us a nice view up the hill.

After the drought last summer the lawn looked hideous. But with aeration and seeding in the fall–and a good amount of rain this spring–it has bounced back quite nicely.

Back in the Colonial garden, the veggies are thriving. I’ve also been cutting tulips and putting them all around the house. 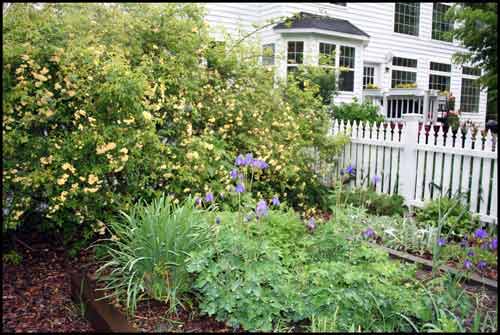 And last, but not least, the compost bins are currently under a canopy of Dogwood. Yes, that’s my clothes line. And yes, I use it. 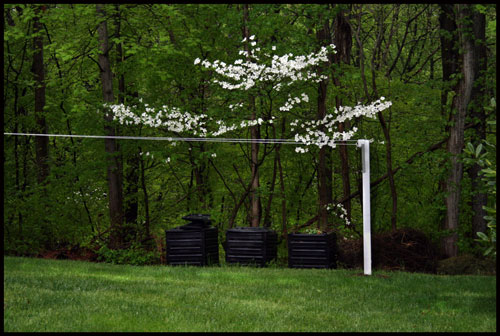 Well, so there you have it. There are a couple of other photos of the Colonial theme garden from the last post if you want to see more.

That was a bit of a ramble, but it gave me a chance to spew out all the photos.

And as you can see, April was here because it left behind the evidence. I hope I don’t miss May! 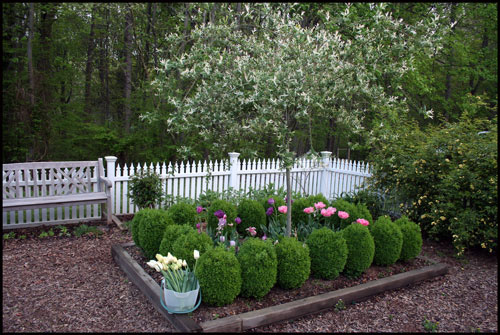 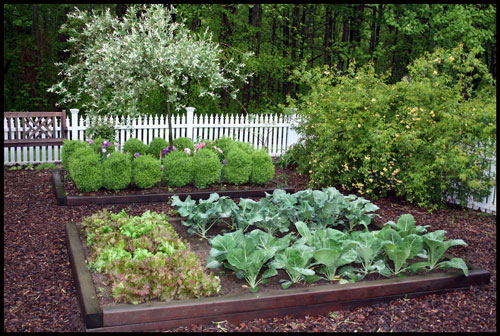 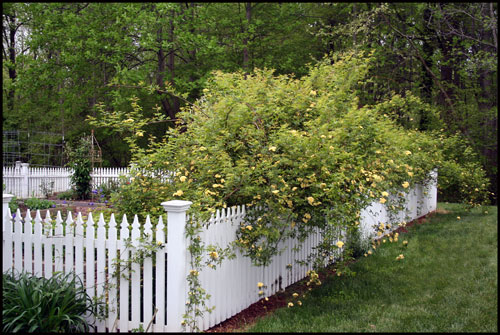