My DIY Summer – A Protective Cloche (Take That, You Chickens!)

I love my pet chickens. I don’t always love what they do to my garden.

If you have visited here before, you may know that I’m in the habit of letting the chickens go on walkabout for a few hours in the late afternoon and early evening. This is the time of day they have finished their egg laying chores and are ready for a little bit of exercise and fresh air. Generally, I’m either outside nearby or have the windows open so that I can hear the distinctive alarm that means “Warning! Warning!”

But I can’t always keep an eye on all the hens. They amble here, run there and generally take in the whole front and back yard scampering after bugs, worms, snakes and salamanders. Rarely do they travel in  one large pack. They usually amble around in twosies and threesies. Tina Turner is usually off in her own la-la land.

The last straw was when they absolutely destroyed a beautiful new Heuchera ‘Mysteria’ . It was a gorgeous burgundy and pink in full bloom. They scratched it out of existence. Baaaaad chickens!

So, for one of the Lowe’s Creative Ideas projects I decided to build some cloches to protect the newly planted. Lowe’s provided a $100 gift card and let me loose to make something under the heading of “Furniture Fun.”

Now, let me state right up front that I have exactly ZERO experience doing woodworking projects. I have no woodworking power tools except for a drill. I had no pattern to follow. I just had an idea. So, here’s what I came up with. 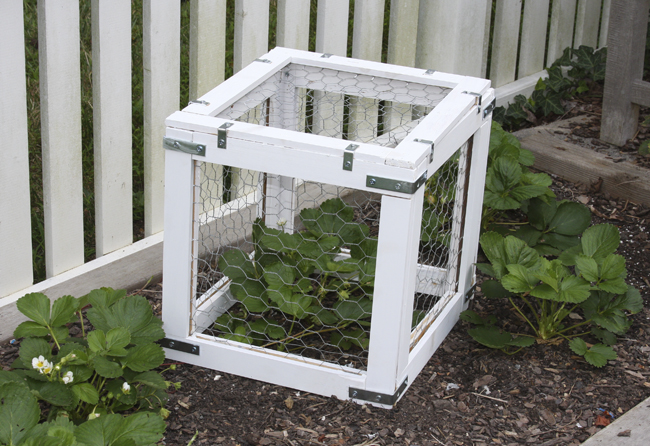 Don’t laugh too hard. And don’t send me links of your own gorgeous woodworking projects to make me feel even more inept. I don’t think it’s bad at all for someone who never did her own woodworking project in her life. And it works!

For the project, I used the following materials and tools: 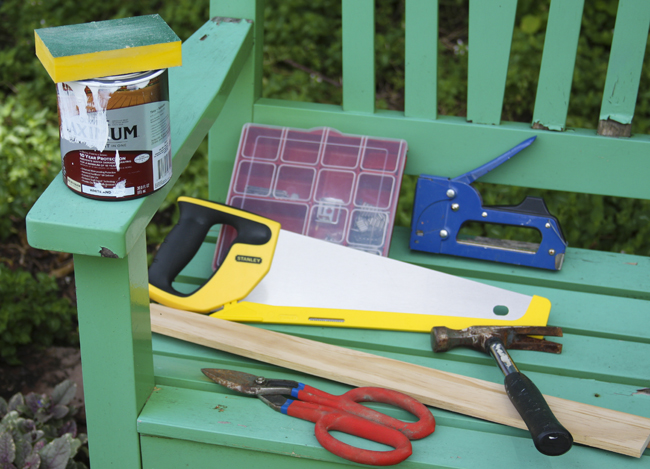 I cut strips of the wood and assembled them into squares. I used joint tacks to hold them together and then stapled squares of the chicken wire. I topped that assemblage with another assembled wood square. I attached the squares together using L-brackets and then painted the whole contraption—I mean cloche. 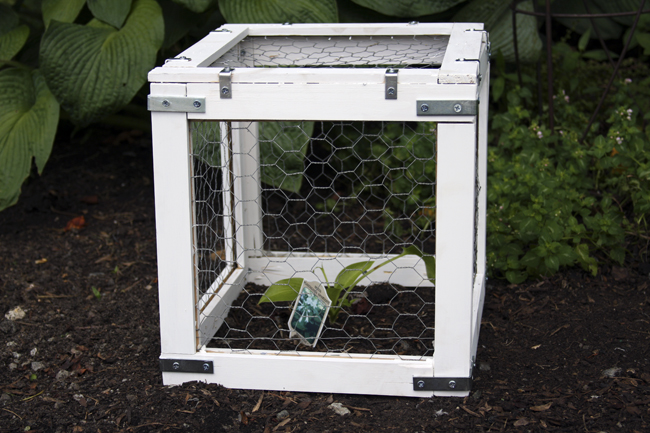 I will be making more cloches of different sizes. For the next cloche I will paint the wood strips before assembling the squares so that the naked wood isn’t showing between the sandwiched-together squares. It will also help to protect the cloche out in the rain. I think I’ll also investigate some of the classes that Lowe’s offers from time to time to see if I can get some real help learning more woodworking skills.

Check back here throughout the next few months, because there are more projects, giveaways and other bloggers’ projects to explore.

Lowe’s has some pretty cool Pinterest boards too. Go check them out. 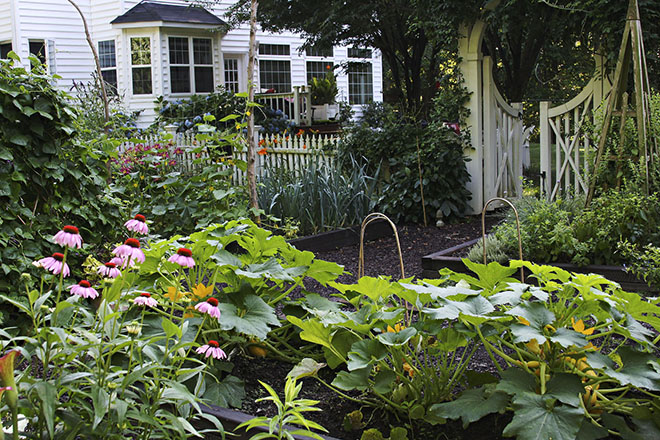 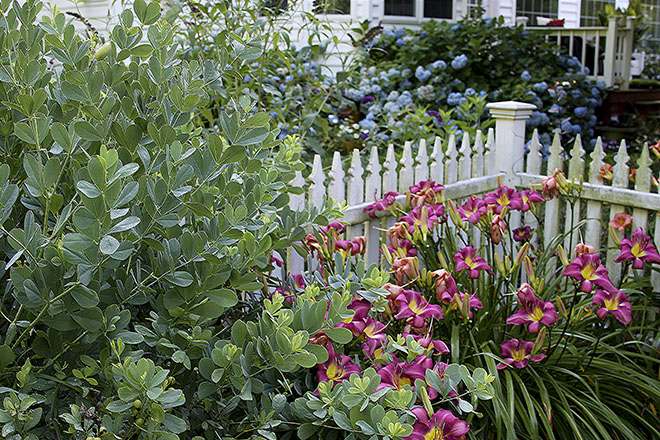 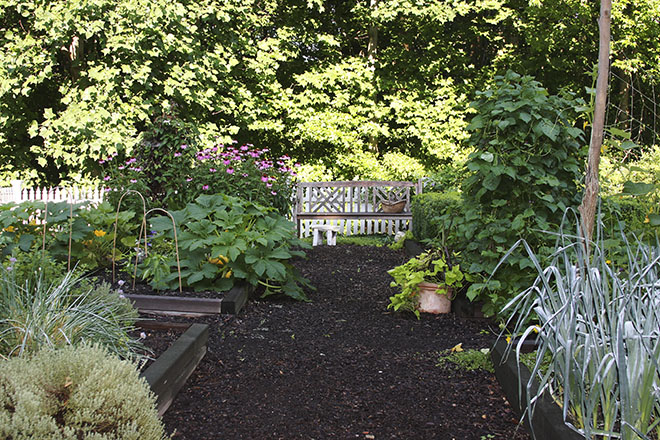 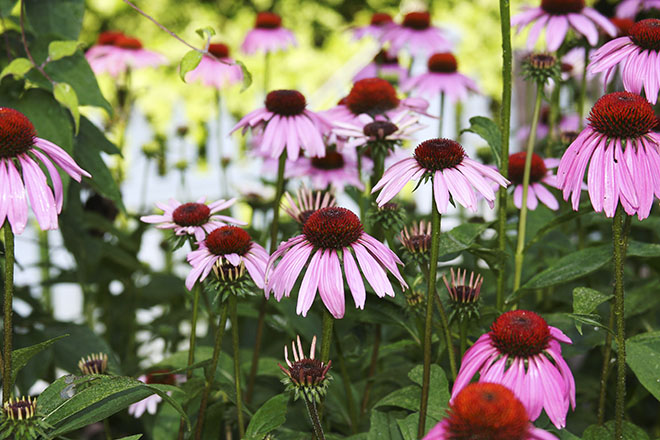