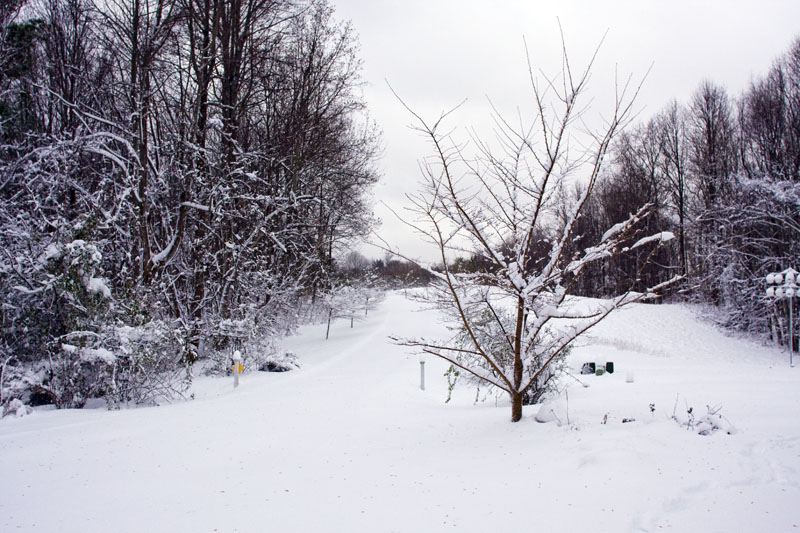 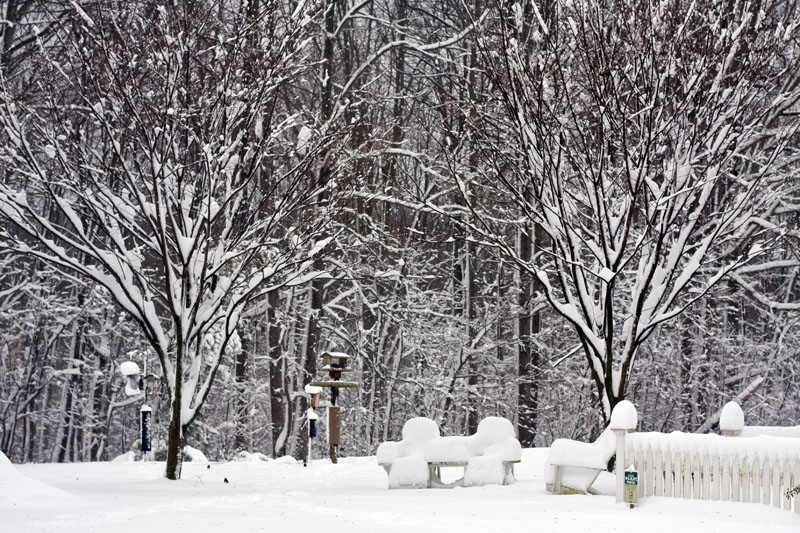 Bumblebee Garden in snow…and an announcement about food

No sooner had I posted about the changing seasons in my backyard when we finally had the first snow of the season. 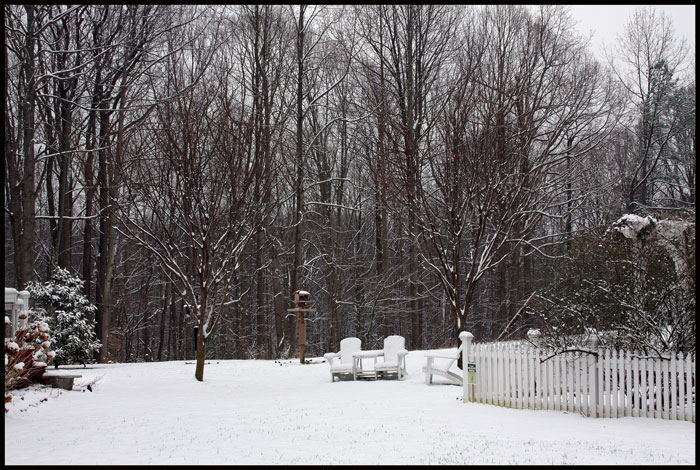 My feeling is that if it’s going to be unbearably cold, it might as well snow. So I was thrilled to finally have a snow day. Even at the age of *hummmm*, I can still enjoy an unscheduled snow day.

Not everyone here was happy though.

The chickens were quite put out and protested by spending the day indoors near their panel heaters. Once in a while one of the chickens would mosey up to their exit window to poke his or her head out before trying to get back in. Of course, chickens being chickens, all the other chickens had followed the leader up the ramp to also go and look out the window. All day long there were a series of collisions with one chicken trying desperately to get back into the the warm chicken coop and all the other chickens trying to see what was so interesting outside.

Snow always manages to stoke my cooking instincts as well. I get the urge to bake breads, make cakes and bake cookies. I used the threat of the possible loss of power to roast a chicken and make biscuits early in the day. Then I made more bread–just in case we needed sandwiches, you see. 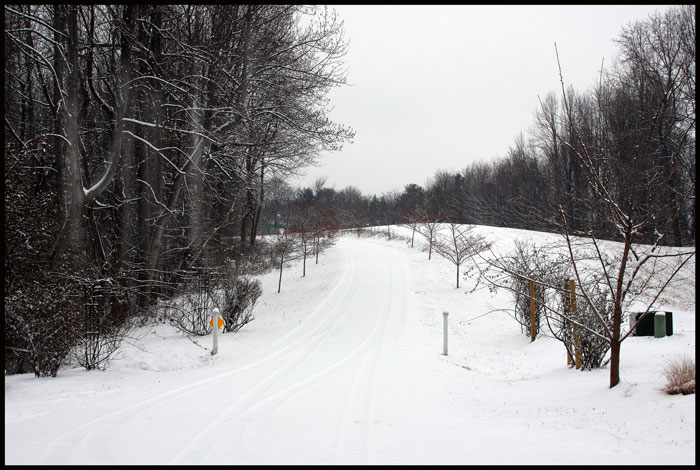