A Whole New Terrain in the Garden Center Concept

Conjure up in your mind your last visit to a garden center. What was it like?

Chances are good that it smelled a little funny—maybe like chemicals. There were piles of seed, soil, rocks on pallets. A variety of plastic pots were piled on industrial-looking shelves. Tools hung on pegboards. Rows and rows of plants were lined up like little green soldiers.

If you believe the surveys that say more than three-quarters of American adults claim to do some gardening, it’s astounding that our shopping resources are so meager and devoid of style.

Finally, those clever marketers that created the distinctive, hip brands Anthropologie and Urban Outfitters have decided to tackle the garden market and inject some style. And not a minute too soon, for my taste. 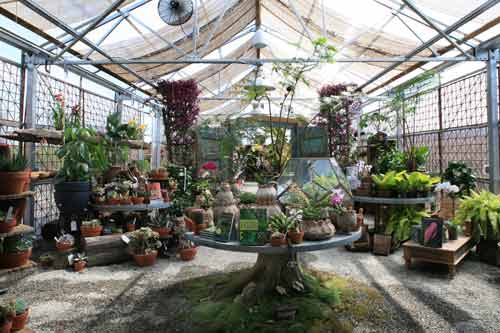 Earlier this month, they opened Terrain at Styer’s, the first store in a whole new garden center concept. According to John Kinsella, Terrain’s managing director, the goal of Terrain is to be a “destination” rather than the typical drive-by pit stop visit to most garden centers.

Terrain at Styer’s is located in , 20 minutes south of . It is a massive five-acre complex with under roof. In addition to the outdoor nursery, Terrain has books, home décor, lighting, tableware, indoor plants and tropicals. Tired of shopping? Have lunch at the café, where foods are locally sourced. Need some help getting started? Call on their landscaping and design professionals. 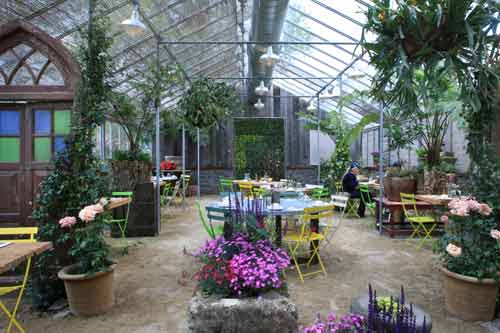 Kinsella says that people typically stay at Terrain for three to five hours. Products include items sourced from all over the world that you wouldn’t see at other garden centers.

“If we were to be compared this to another garden center, women would feel this is a more accessible experience than going to a typical garden center or a big box store,” said Kinsella. “There is more attention to presentation. It’s a voyage of discovery with interesting ways of presenting products that will inspire people.”

Unlike Anthropologie and Urban Outfitters, which were built from the ground up, the Terrain stores will partner with existing local garden centers to create the Terrain brand. Kinsella wasn’t disclosing future locations, but he did say that they expect a new Terrain to be open by year’s end.

I put in my bid with Kinsella for , where I live and garden. He’s a nice man, so he didn’t shoot me down on the idea that I could get my own Terrain. But he did say that they are looking at places where people are doing some serious gardening. , home of the most elaborate flower show in the , made the location logical.

Kinsella says Terrain’s market is “everyone.” While that sounds nicely democratic, I suspect that the real market for now is the garden stylista with some money to spend.

There will always be people who prefer the utilitarian nature of the big box store garden department. But if Terrain can make gardening hip and stylish, maybe it will ignite a hot new wave of gardening enthusiasm.

I’m all for that. I’m also all for shopping. Road trip anyone?

After the rains that devastated my New Dawn roses, I had nearly given up hope of finding a solution.

But I bought my husband some brand spankin’ new post hole diggers as a Memorial Day gift–I am nothing if not considerate–and he put them to good use.

He managed to ease the roses out of the offending and broken down trellises. He then dug some impressive holes. I installed lag eye hooks and wire to support the dangerously thorned branches. 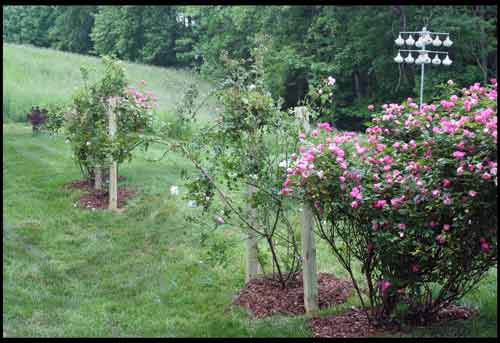 They don’t look so bountiful right now because I had to do a wee bit of pruning. Okay, it was a mambo pruning session.

I maybe got carried away in making up for neglecting to give these bountiful roses their proper prunings for a while. These are the remains of a single New Dawn pruning. (Please note by the orange paint on the grass that I called Miss Utility to mark where the power and other wires are located. I’m not ready for a new husband.) 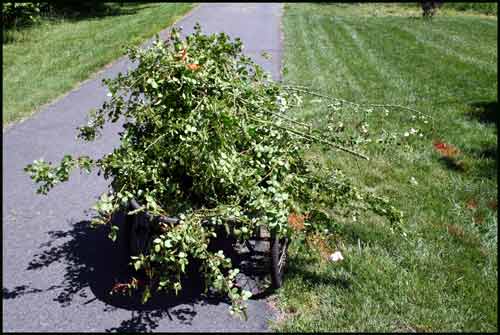 Frankly, nothing short of a natural disaster could kill these roses. In fact, as I was paging through Barbara Damrosch’s newly revised Garden Primer the other day I happened to read her section on climbing roses in which she called the New Dawn “indestructible.” Indeed.

I am so buoyed by my husband’s skills with the post hole diggers I am plotting numerous new projects–trellises, outdoor showers, grapes. Don’t tell him. He’s still recovering from his Memorial Day project.