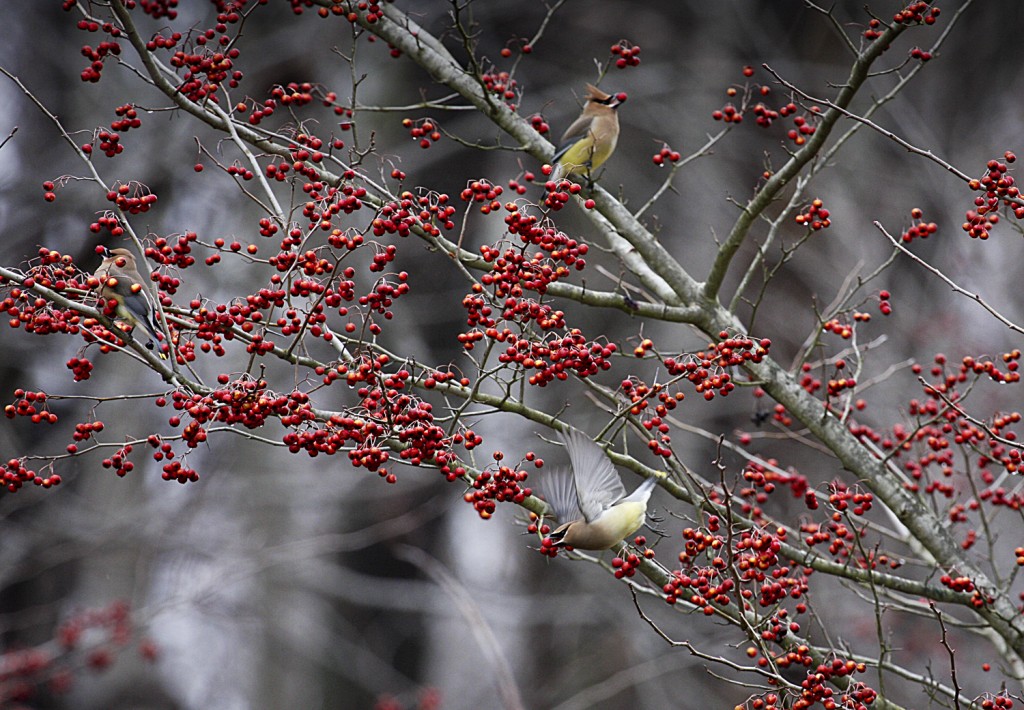 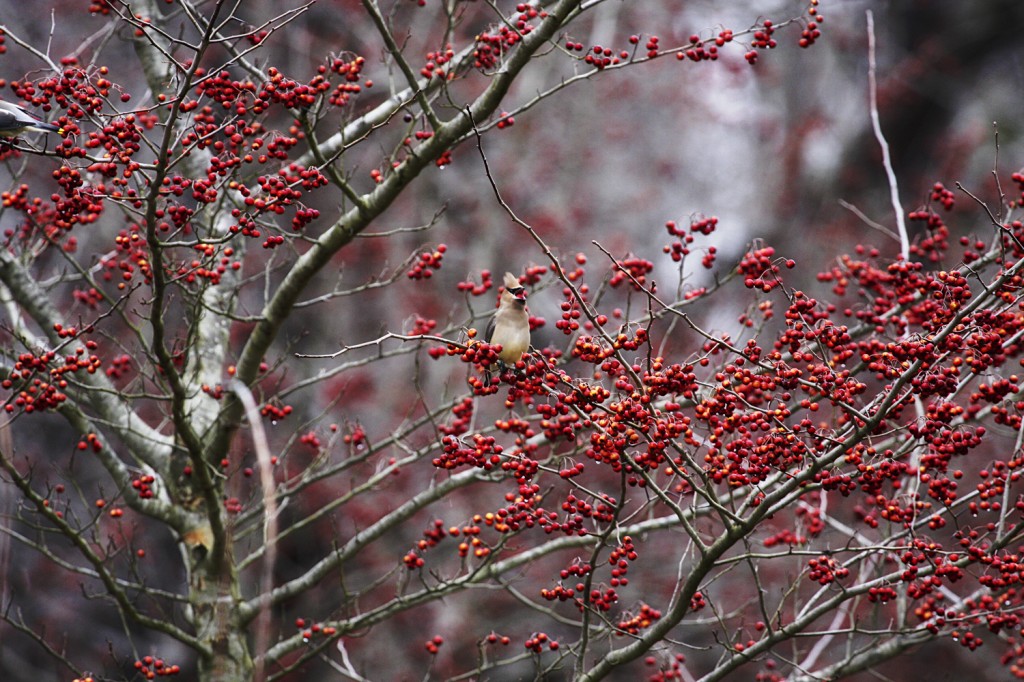 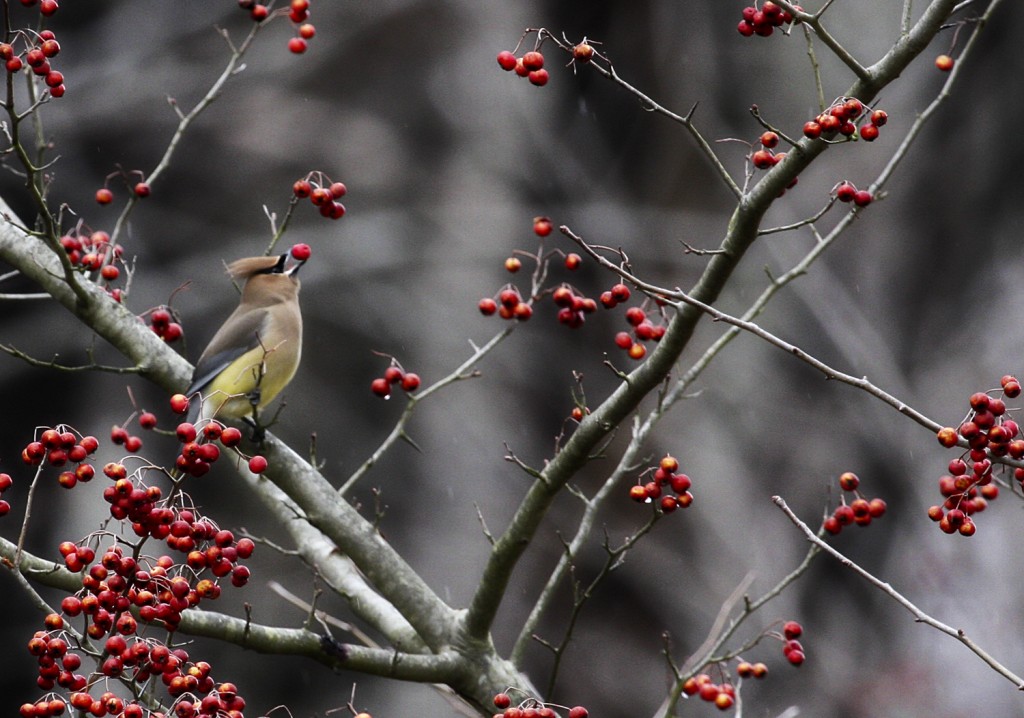 They’re Calling it the Storm of the Century

I’m not even sure how much snow we have, but we have a lot of snow. So far the power is on. But I don’t think the 100 lbs. of birdseed I bought in preparation for the snow is going to hold out long. The birds are arriving in droves. 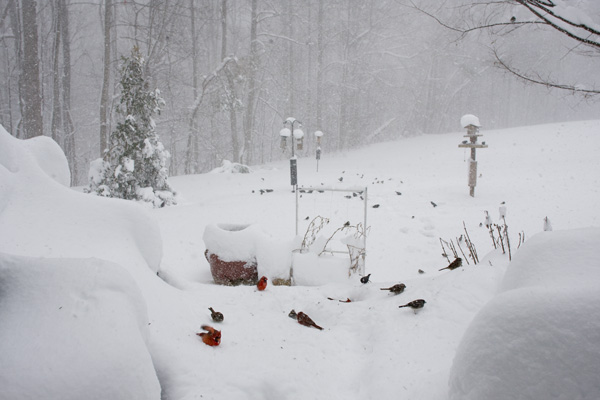 The birds are practically knocking on the back door asking for more bird seed. 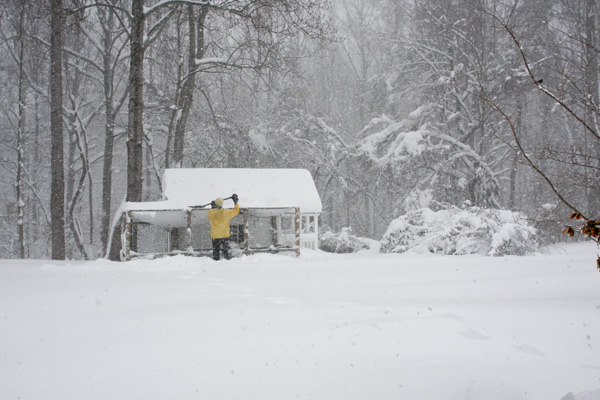 Harry ventured out to do a bit of damage control to the chicken coop. The chickens are nestled inside where it is heated and I have given them treats of kale and dried corn on the cob. 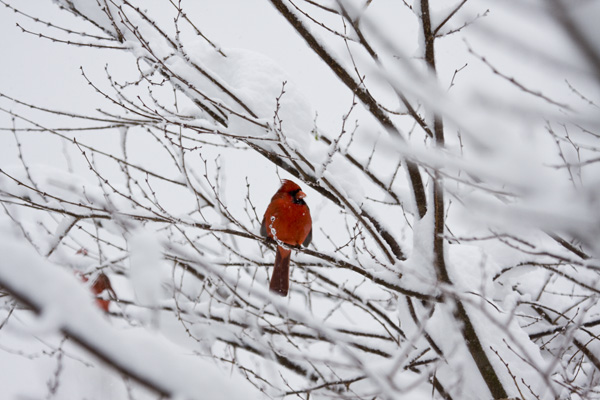 At one point there were about 25 cardinals outside in addition to all the other birds. 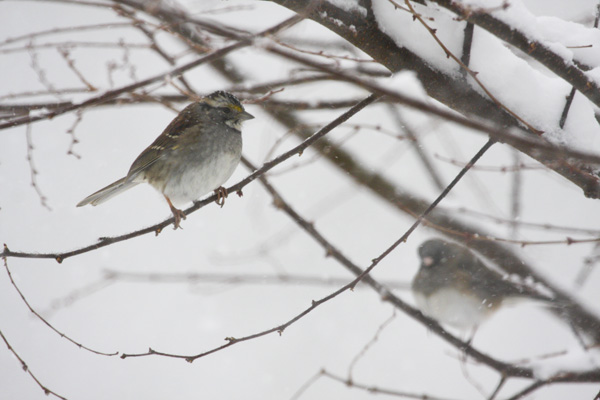