Edna is a standard white crested blue. I consider her one of my glamor chickens.  She’s a bit high-strung and tends to be flighty. I can’t help but wonder if some of it has to do with her hair in her eyes.

She is also a bit sneaky. When I go to open the coop door in the morning, Edna almost invariably tries to sneak past me for her own private walkabout in the garden. Often she succeeds, but then almost immediately regrets her actions since she’s separated from her friends.

Edna should start laying in about another month. 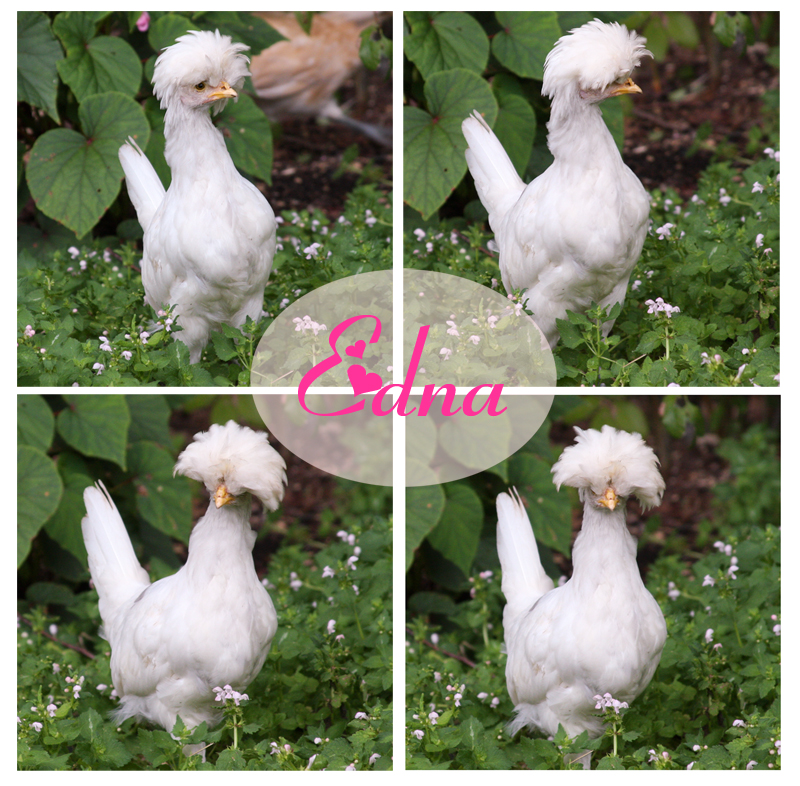 This is the first in a photo series featuring the chickens from the little flock here at Bumblebee.