I’m sorry to leave you hanging like that. It wasn’t intentional. Thank you for the cards and letters of concern.

Previously in my life I was battling the wicked rooster, Ricky Ricardo, who had it in his tiny little chicken brain that he needed to murder Tina Turner for spurning his amorous advances. He had pursued her into the woods in the attempt, threatened me with bodily harm for trying to intervene and basically frightened the rest of the chickens into a state of dither I had only seen when a fox or hawk was after them. Things were bad. I faced a tough decision. 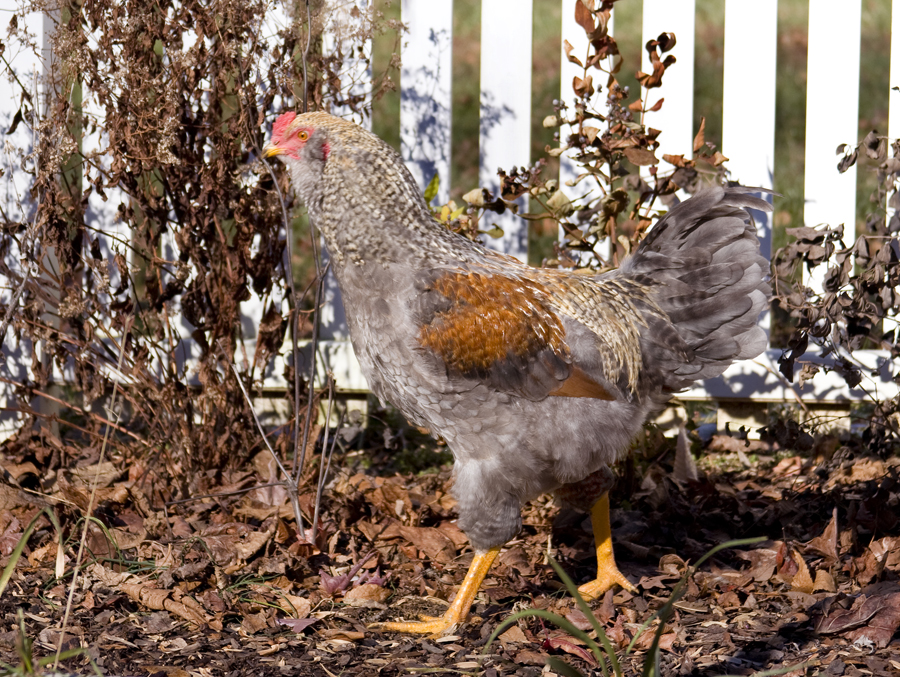 To tell you the truth, the end of the story was already written when I posted the first part of this two-part saga. My procrastination in telling Part Deux was part “life” and part “I hate to tell them what really happened.”

So, here’s the story.

I knew that I had to intervene. I could either let Ricky Ricardo continue to terrorize the chickens and perhaps risk losing Tina Turner who couldn’t get back into the coop or I could intervene. 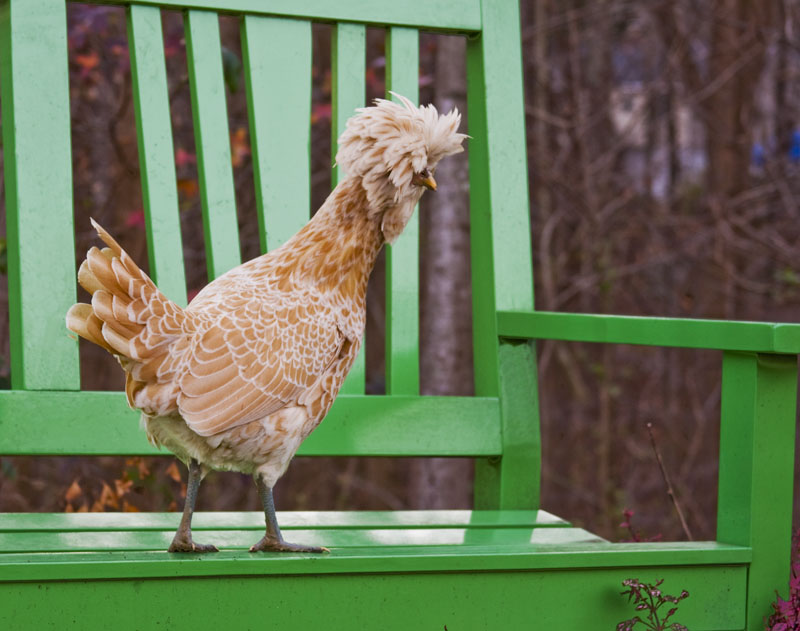 Tina Turner turns heads. No wonder Ricky Ricardo was obsessed with her.

I tried to find that mythical country home for bad roosters but, alas, they don’t exist. No one wants a mean rooster for their flock—and certainly not as a pet.

As a backup, I tried to find someone to “take him away” (euphemism for “Just don’t tell me what you did with him”). Alas, even the hearty country folk here in Calvert County can’t be bothered with butchering and plucking a mean rooster just to end up with a stringy bird stew.

Short of a solution, I decided I at least needed to get Tina Turner to safety (literally out of the woods) and separate the bad boy Ricky Ricardo from the good chickens. I decided to use my magical powers—a can opener and a can of corn. Did you know chickens react to corn the way an addict reacts to the crash of a meth truck?

I managed to lure most of the good chickens into the coop. But every time Tina Turner tried to slip inside Ricky Ricardo would lunge after her, sending her skittering back into the woods in fright. It took all my wiles and cunning, but I finally managed to outwit a stoopid rooster. I distracted him toward the opposite side of the coop while simultaneously giving Tina Turner the high sign that it was safe to make a dash for the door. I swear, I think she knew what I was doing. She finally reached safe haven.

That left me with the bad boy Ricky.

I tried to entice him into the small Eglu—the portable coop I use for sick or injured birds or as quarantine for newcomers. He was being either especially smart or especially stupid, but either way, I wasn’t able to get him into the Eglu.

By this time I had been outside in the dark and the cold with my hands in a wet can of corn for about 45 minutes. Pardon me for my callousness at this point, but I had given it everything I had.

“Ricky Ricardo, you’re on your own for the night. Tina Turner did it. Now it’s your turn.”

Yes, I tucked in the chickens and left Ricky out in the cold.

The next morning Ricky was raging around the yard, acting like King of the Hill. Most chickens peck here, wander a bit and peck there. Not Ricky. He just ran around. And ran around. He kept circling the chicken coop trying to figure out why the other chickens were in and he was out. I noticed that Tina Turner refused to leave the inside of the coop that day.

Ricky ran around all day. I tried again to herd him into the Eglu, but he was having none of that foolishness.

The next morning Ricky Ricardo was gone.

I called him. I looked for him. I kept thinking he would wander back into the yard with stories to tell about his walk in the woods. It didn’t happen. After some more looking I eventually found a few feathers that looked suspiciously like someone had left them in haste.

I think The Circle of Life solved the Ricky Ricardo problem.

It’s a sad thing to lose a chicken, although perhaps less sad when it’s a mean chicken. Still, Ricky Ricardo was conceived, hatched and raised here Chez Bumblebee, so it was a sad day.

I don’t believe I was the only one who felt that way. Remember Edith, Ricky’s surrogate mother? She began to search for him. For the next couple of days while the other chickens would forage for bugs, Edith was wandering around looking into the trees. She flew to the top of the coop for a better view. She was looking for something—or someone.

I try not to anthropomorphize my chickens (too much), but I believe that Edith was searching for Ricky Ricardo. Motherly feelings are primal, after all. 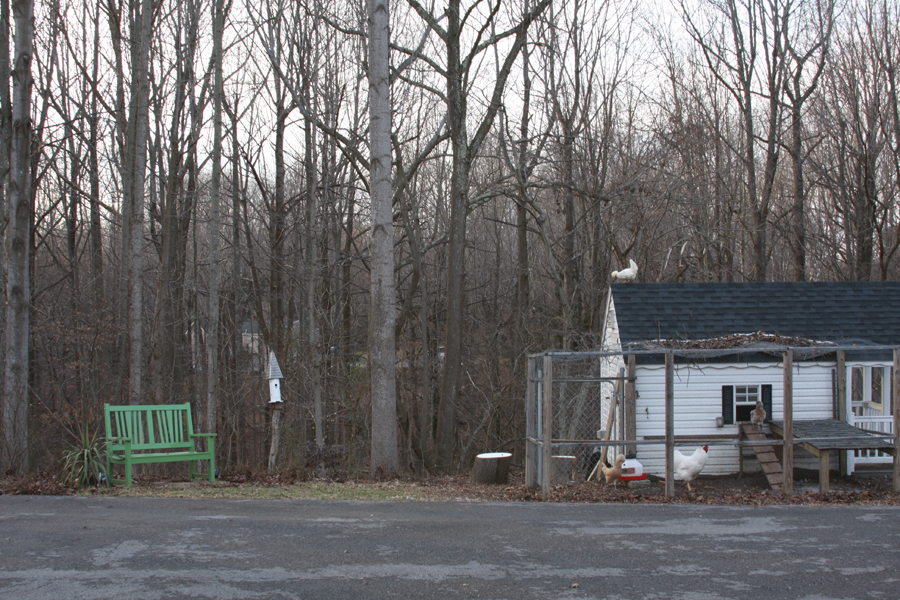 So there you have it. The Ballad of Ricky Ricardo. Bye, Ricky.